Two 60+ yard TD runs in the 1st quarter by Michael Udoh paced the Hyacks to a 36-14 win over Notre Dame. Austin Galbraith and Greyson Planinsic also scored rushing TDs for the Hyacks. Owen Stark scored his first career TD, finished with 3 tackles for loss and 2 QB sacks, and was named Player of the Game. Leonard Lastrado was named Dairy Queen Lineman of the Game. The Hyacks improved to 2-0 in league play and are now the #1 ranked team in the province, according to Varsity Letters. 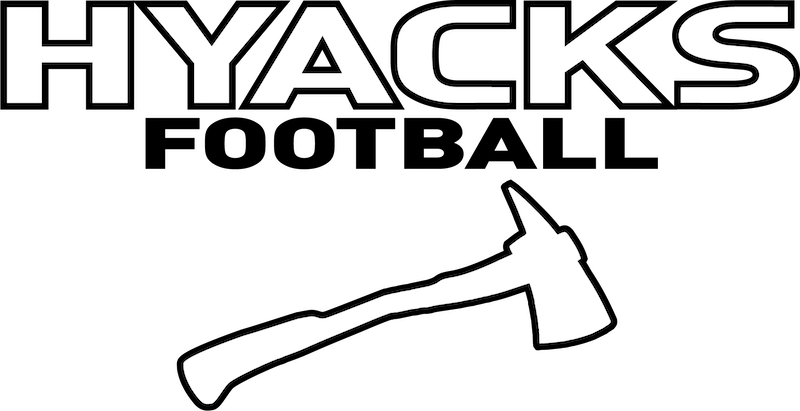 Sign up for our newsletter to stay up to date with everything that is going on with the team.